I love you more than there are stars in the sky. 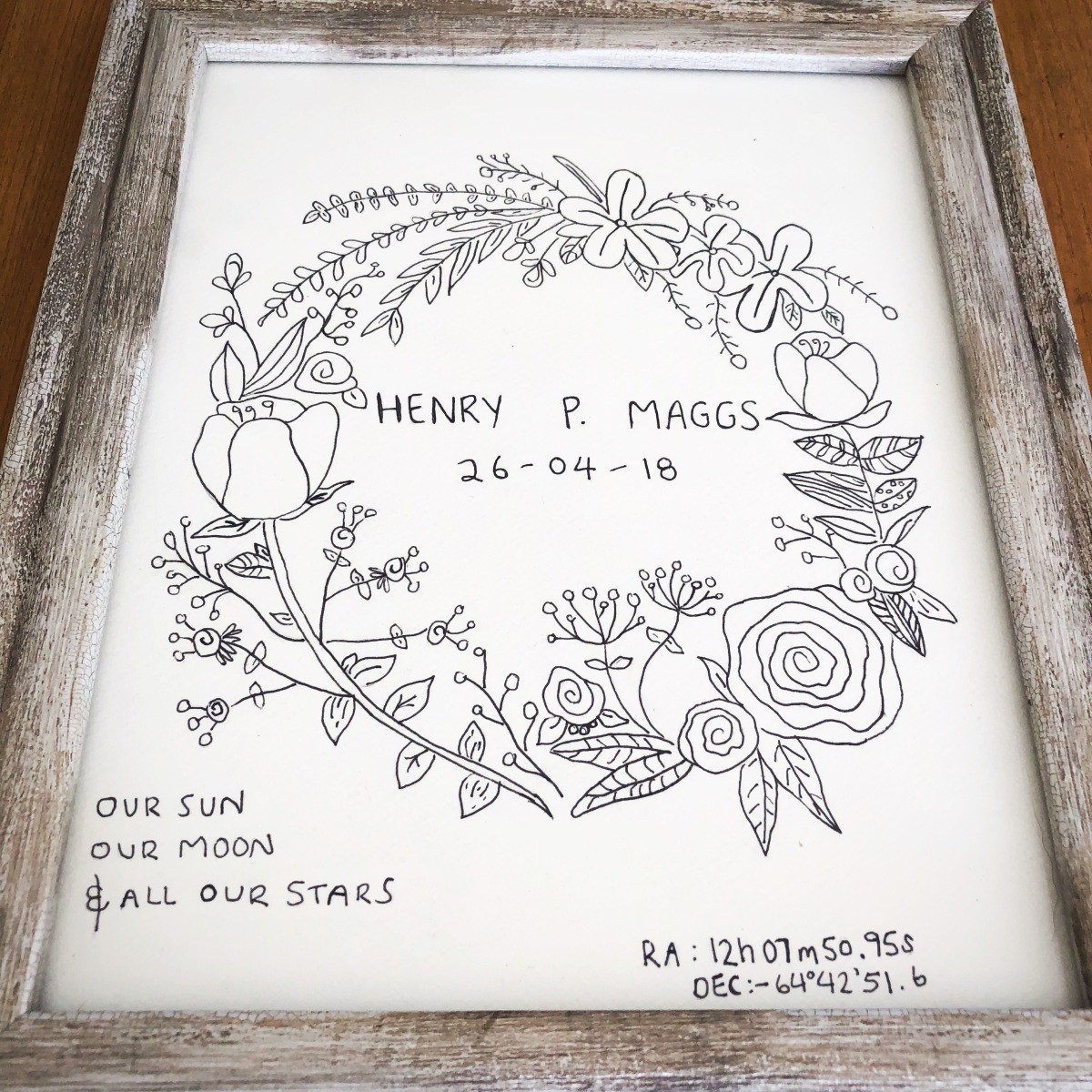 You Henry, we look at the stars and think of you, we say goodnight, every night standing out on the back deck we look up at the bright starry sky and say goodnight to you, we think of you we take a breath, we hug one another…. Well you certainly are a star Henry, four in fact, we have beautiful people in our lives and we have ended up with four official stars named after you, it makes us laugh and we are so appreciative. You dad and I say to one another that you are taking over the universe one star at a time.

One beautiful friend drew the picture in the frame which we keep in the lounge room, I love that saying ‘Our sun, our moon and all our stars’.

Your Dad he keeps insisting its a planet next, I think maybe the Moon for you… as the song goes ‘I love you to the moon and back my little winter bear, I know you know how much this is cause you’re already there’ You are there, you are everywhere with us, I miss you our star! 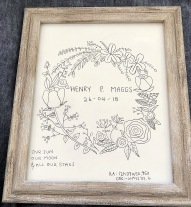 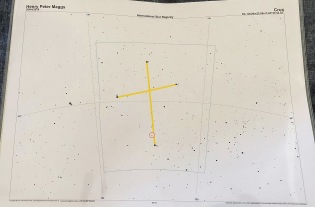 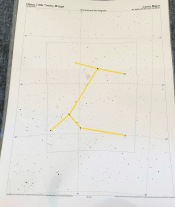 Saturday night was tough Henry, lots of tears throughout the night while sitting on the lounge… Your dad and I watched a documentary on a group of four women who rowed the Pacific Ocean from San Francisco to Australia, during the documentary one of the women commented about when you get to a point where you question those things in life you have always been about, you lose yourself and need to find yourself again. I said to your dad it’s a little like us at the moment lost, we don’t quite know our identity right now as he had been planning to be a Dad, I had been planning to be a Mum and we are but without you, so now its hard sometimes navigating forward as we are questioning our identity. Who am I as a mum? my idea of a mum is being at home looking after you…. so where does that leave my identity now?

At the end of the documentary one of the women commented on how everyone in life has their own pacific to cross… I feel like this is ours.

Yesterday Henry was a good day, yesterday the bike was just cruising on flat ground… it didn’t start off that way, this morning when I first woke there was a big hill to pedal up, with lots of tears and I didn’t want to get up, then I didn’t want to leave your Dad I think just out of comfort but I had planned to catch up for a coffee and breakfast with a friend, the beautiful midwife who was there for your birth.

We caught up at a small cafe sitting outdoors, she showed up with her two puppies who are just adorable, they are so cute! so lots of pats, as we had breakfast we discussed the different logistics of setting up a support group in the area to help others who have been through stillbirth, pregnancy and infant loss. It was a nice morning and just what I needed I felt a little lighter. There is still a way to go with some plans but I think the discussions and planning are important, looking at ways to support and help others.

Afterwards Henry I headed home feeling ok, I picked up your dad and took him to a car show with mainly old school cars, it was great as he was able to get an idea on what colours he may like to paint your car Henry, we have already decided on some number plates for the car so it is for you. We then headed to the pub with some people your Dad knows from work, I felt a little reluctant to know whether I wanted to go as I was tired from not having slept the night before, but I was glad I went sometimes its easier around those you don’t know too well, conversation was kept light, there were laughs… only one time was I close to tears talking of the things at home that were reminders, triggers of you…. In my mind though you are there, right there I am thinking of you, you never leave my thoughts my beautiful boy and then we got home after an afternoon of holding back the emotions a little moment and hug with your Dad.

Some people have asked me questions about how we are feeling, it is so hard to describe.. I came across this article and on explaining perinatal grief, one sentence stood out, it stood out after I remembered something someone said to me the other day… they meant well with their comment so I did not take it the wrong way… the line said ‘Firstly, many of their family and friends may expect them to be ‘better’ or to find ‘closure’ now that they have a live baby, but this expectation fails to understand the lifelong nature of perinatal grief.’

We don’t have a brother or sister on the way for you Henry, but that line stood out it stood out the part where people expect you to be ‘better‘ or to find ‘closure’ We will keep moving forward, we will learn and implement strategies to work with the grief and we will get to our ‘new normal’ but you can never have closure on something like this, I guess the only way I could get anyone to imagine Henry is to say to parents imagine not having one of your children here but that feels so wrong to say. Here is the link to the article for those who wish to read. Perinatal Grief . Another blog post had this line ‘Stillbirth is different to other deaths. No one is going to sit down with you and laugh and talk about the good old times. You can’t. There is nothing to reminisce but the kicks and activity inside your own body. There’s nothing good that can come out of stillbirth, there’s no upside. It’s too difficult. And this is the reason that we don’t talk about it.’

Last night Henry, I think your fur sisters know we need distractions or maybe they feel we are not paying enough attention to them as they should. Missy decided it was her dinner time, but instead of just whining like she normally does she decided she needed to use her voice, she barked loudly random barks, Snikkers joined in, it was a noisy affair, one bark, another bark… Snikkers barked, Missy barked, they looked at us they walked around the room barking. Your Dad and I laughed and laughed. I know you would have liked hearing our laugh, I wish just once we could have heard yours.

This morning Henry, I woke, I woke up with the anguish you are not here, I woke up with  my mind thinking again back to your birth, the night before, the midwife who did not listen to me, it all replays in my head so often, the wondering? I feel blame, I feel guilt towards others, towards myself and I know this does me no good, I know it doesn’t bring you back to us, it will never fill our empty arms but I feel it all anyway! The bike it crashes each morning before the days ride even starts. But after each crash we get up, we keep going. 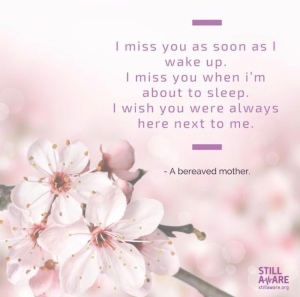 You dad Henry today he is not feeling 100% he has a sore throat stuffy nose and I know I have a challenge ahead of me today as he is stubborn and so am I… I’m pretty sure with both of us having this trait you would have been too… but my challenge is to keep him resting as much as I can! Difficult to say the least as he never likes to sit still. So today I will anchor him to the lounge (possibly with some rope?) I am kidding, but I will try to get him to rest and take the controls peddling for both of us today. I will finish planning out your garden as the soil is almost ready for planting, finish bookings for our trip and I will try and move forward today as I know you would want us too, and I want to for you, for us. 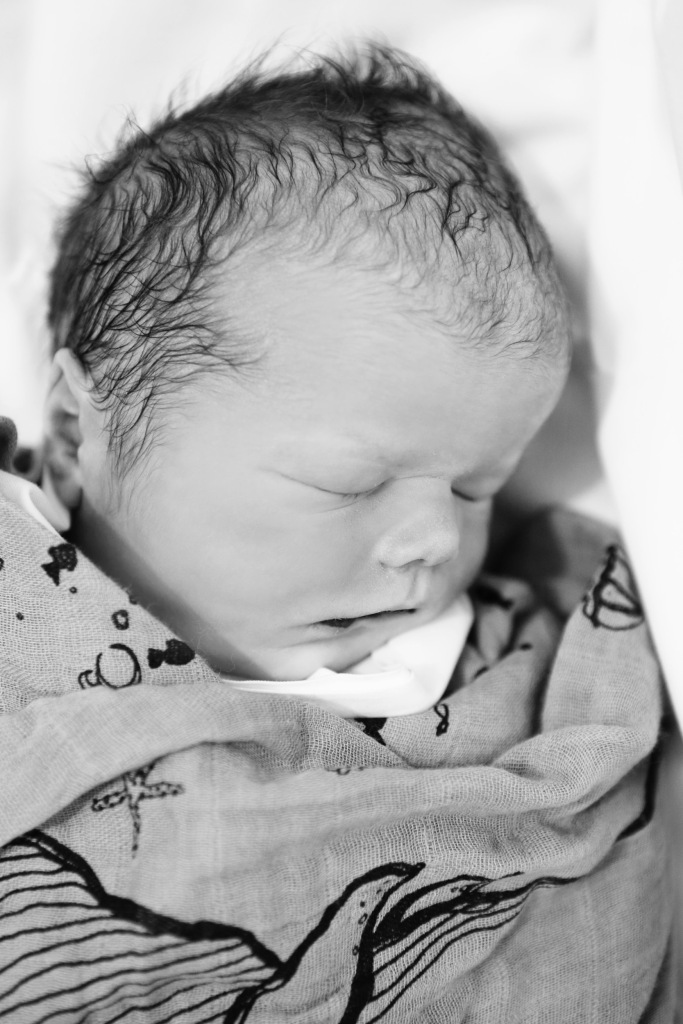 My husband and I live on the beautiful south coast of NSW, Australia. We are currently learning to rebuild and navigate through life after the loss of our son Henry to stillbirth due to medical negligence in April 2018 and learning to parent after loss with Henry's little sister born in August 2019.. View all posts by Letters to Henry

One thought on “Our Sun, Our Moon and all our stars..”